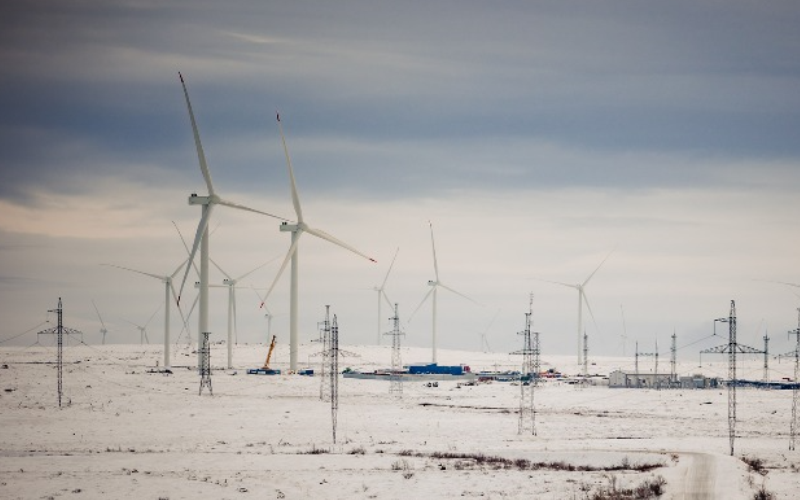 Today, PJSC Enel Russia has received permission to put into commercial operation the first stage with a capacity of 170 MW (84% of the design capacity) of the largest wind farm in Russia, the Kola Wind Farm (design capacity 201 MW), located beyond the Arctic Circle in the Murmansk region. The right to sell electricity and power to the OREM was granted after receiving the relevant notification on the qualification of generating equipment from the Association "NP Market Council". This was preceded by the certification of the generating equipment of the wind farm by the Administrator of the wholesale electricity market trading system (ATS JSC).

Enel Russia received the right to build the Kola wind farm as part of the 2017 competitive selection of wind generation facilities. The selection took place within the framework of the state program to stimulate the development of renewable energy generation in Russia due to guaranteed payment of capacity under the contract on the provision of capacity (DPM) to the wholesale market, concluded with the investor for 15 years.

Construction was started on September 19, 2019. Substantial support for the project was provided by the Government of the Murmansk Region, with which an agreement on cooperation in the field of renewable energy development was signed in November 2018. This agreement is aimed at increasing the economic potential of the Murmansk Region through the introduction of new methods of electricity production and the creation of energy infrastructure facilities. In 2021, the investment project "Construction and subsequent operation of the Kola Wind Farm" was awarded the status of a strategic investment project of the region.

The Kola wind farm will be able to generate about 750 GWh per year, which will reduce emissions of about 600,000 tons of CO2 per year. The wind farm is equipped with 57 turbines, its area is 257 hectares. In accordance with the requirements, mainly localized Russian equipment is installed at the wind farm.

The equipment of the wind farm is designed taking into account the specifics of operation at extremely low temperatures. The blades of wind turbines are equipped with icing detection systems that allow you to determine the risk of ice in advance and automatically stop their rotation.

The commissioning of the second, final stage of the remaining capacity is scheduled for the 1st quarter of 2023. In addition to the Kola wind Farm, Enel Russia owns the Azov Wind Farm (90 MW), located in the Rostov region and commissioned in May 2021.

/According to the information https://www.enelrussia.ru/