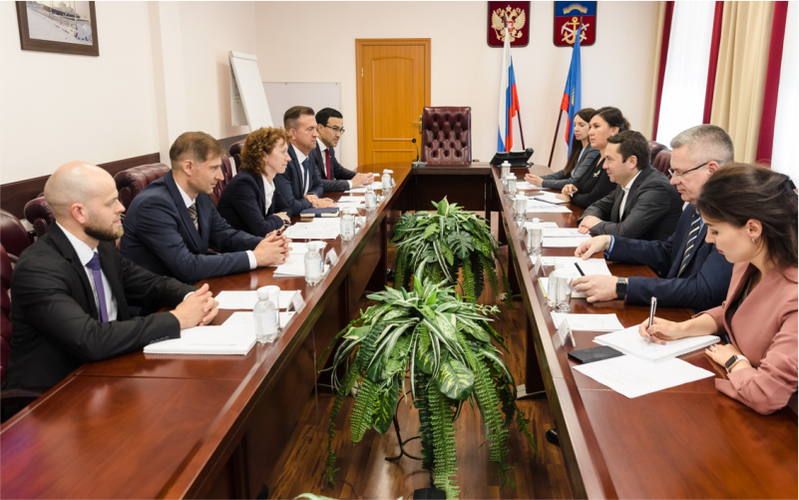 Today, the Governor of the Murmansk Region Andrey Chibis held a working meeting on the implementation of the investment project "Construction and subsequent operation of the Kola Wind Farm" with the General Director of PJSC Enel Russia Zhanna Sedova.

"It is important that even despite the sanctions, the project is being successfully implemented. 200 megawatts of clean energy will reduce the anthropogenic load on the environment. For our part, we provide all the necessary support, including tax preferences. In addition, the wind farm has become a point of attraction for tourists," Andrei Chibis said.

In June 2017, PJSC Enel Russia, according to the results of the tender, received the right to create a wind generation facility with an installed capacity of 200.97 MW in the Murmansk region.

"The implementation of the construction project of the Kola Helicopter Park, the largest beyond the Arctic Circle, is a strategic task of PJSC Enel Russia. We fully maintain the previously assumed obligations under this project and are at the final stage of the installation of wind turbines, in parallel with the commissioning of power equipment," said the General Director of PJSC Enel Russia.

Zhanna Sedova thanked the head of the region and the regional government for their support.

The construction project of the Kola Wind Farm is aimed at solving several tasks of the Strategies of socio-economic development of the Murmansk region until 2020 and until 2025, namely, the elimination of energy barriers to socio-economic development of the region and improving the energy efficiency of the economy. It is also expected to have a positive effect on the formation of a favorable investment climate.